Making Waves from Mexico City to the Big Apple A recent transplant to the Big Apple, Mexican-born Fernando Rodriguez considers himself relatively new to the city and its creative community. However, in the short time since he relocated from Mexico City, Rodriguez has managed to book cover shoots with fashion magazine heavyweights, such as Harper’s Bazaar, while garnering accolades for his inventive and colorful style of work.

Born and raised in Durango, Mexico, the new Capture One Brand Ambassador, who goes by the alias “Nobody,” reflects on his upbringing, which he highlights had very little connection to the arts.

“My parents are accountants, and it was assumed that I would follow a similar path,” he says, laughing. 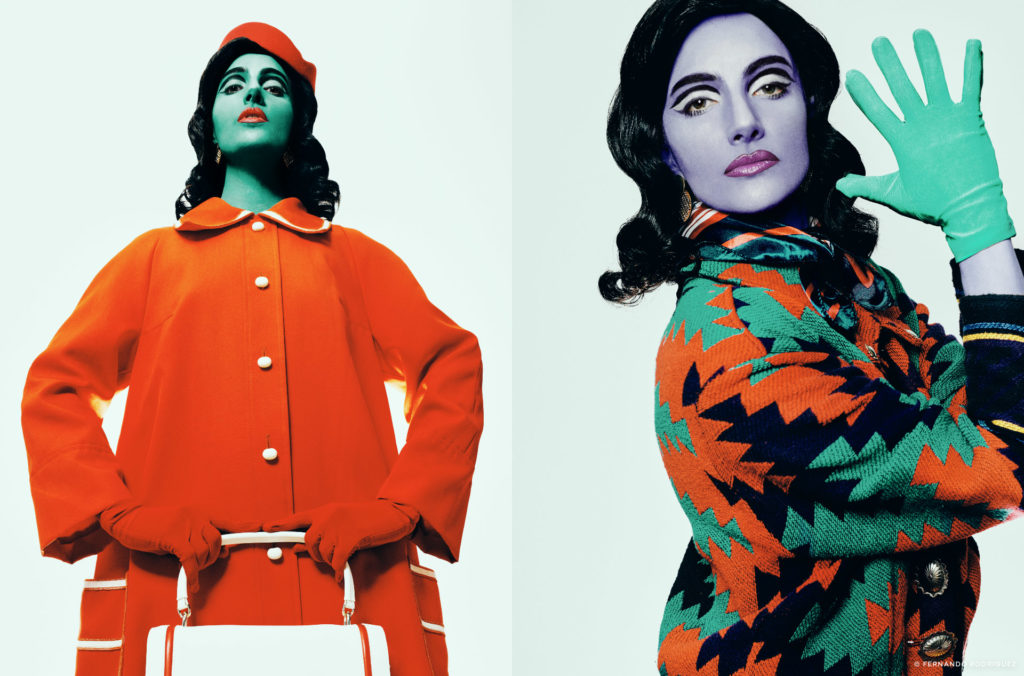 Beginning with a degree in graphic design, Rodriguez became interested in photography during the middle of his studies.

“I took one or two photography classes, but unfortunately, the first class was discouraging as the professor was not so inspiring,” says Rodriguez. “Despite that, I had to complete an assignment. Otherwise, I would not pass the course.”

The assignment was a studio shoot, which turned out to be more fun than Rodriguez expected. The interactions and creative transactions that transpired during the shoot ultimately turned Rodriguez’s attention to photography, particularly fashion photography.

“My mom gave me a camera six months later, and then I started practicing and doing research,” says Rodriguez. “What I liked about photography, particularly from studying fashion magazines, was how you could tell a story visually.”

But to evolve his practice, he had to take a risk and leave the nest of Durango. Relocating to San Francisco, where he could improve his English skills and take evening classes, allowed him to hone his skills. Working in a bakery provided the funds he needed for equipment. 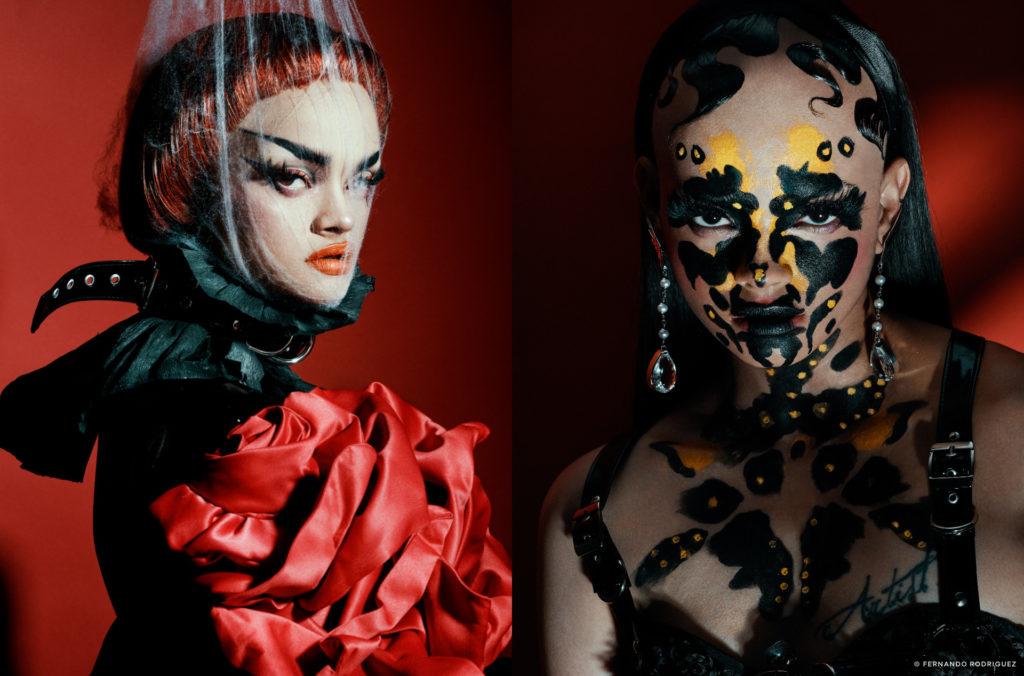 A masterclass with London-based photographer Nick Knight, whom Rodriguez considers his favorite photographer, led him to realize that photography could become more than just a labor of love, but also a livelihood, and one where the artist’s vision is not necessarily compromised.

While Rodriguez would not consider himself bound by any discipline of photography, he has, in just a short time, made a name for himself, especially within the field of fashion and beauty photography.

Entering the minefield that is fashion photography without any prior experience or connections, Rodgriguez confesses how easy it is to romanticize the discipline and that professional photographers are no exception. 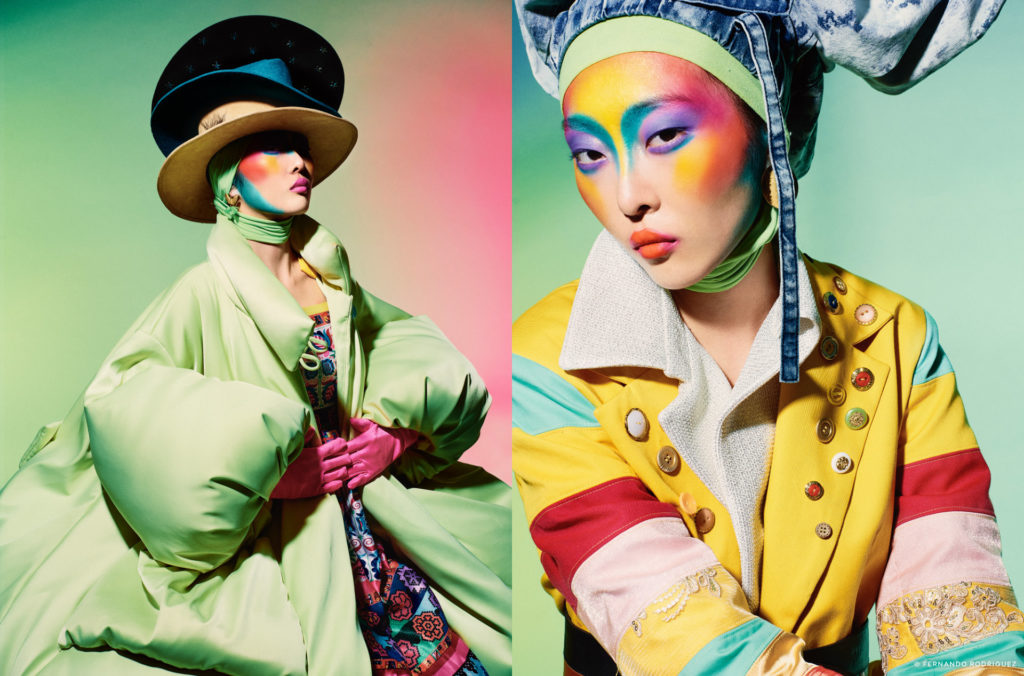 “When you are beginning as a photographer shooting fashion, people tend to think you will be this dictator on set, where you will be telling everyone to do this and do that,” says Rodriguez. “People think that because you’re the photographer that you will be entirely in charge, especially when it comes to creating fashion editorials.”

“For me, it’s important to have the opportunity to work with people that I admire,” says Rodriguez, who claims that working with different creatives often provides him with new perspectives and ideas that have since come to influence his work and vision.

“Often, there is this central idea on set that drives the direction of an editorial,” says Rodriguez. “But this idea is not binding, and I have noticed that often, people on set will bring and even suggest their ideas that end up pushing the shoot in a different and also better direction.”

For Rodriguez, studio teamwork is what he loves about working on fashion editorials. He credits his experience shooting fashion and beauty with helping him grow and develop his vision and style as a photographer. “I like the collaborative aspect of this work, and each time, it always inspires me. You start talking to all the people on set, and you hear different stories and notice that each person has a different journey. We come from other worlds, yet we can find this artistic common ground to create something that we are all proud of in the end.”

The Business of Fashion 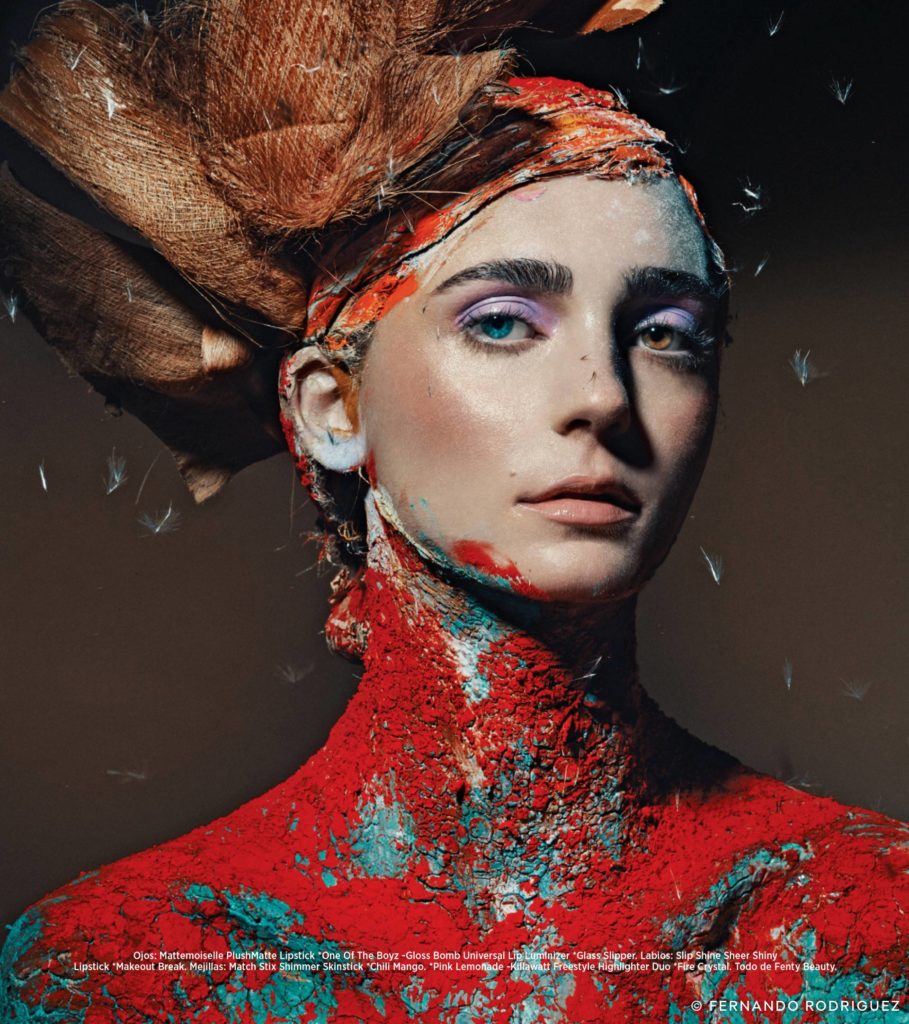 While Rodriguez still feels new to New York City, he says his experience thus far is a positive one and now includes some of his favorite fashion shoots, including one he did for Harper’s Bazaar last year.

“I got invited for Harper’s Bazaar fashion editorial last year that one of my friends who is a creative director put together,” he says. “He invited this artist who works with clay, specifically on models. We worked together with stylists and makeup artists to create his beauty editorial focusing on nature.”

This very shoot would later lead to winning the 2021 ADC Award and is perhaps fortuitous of what’s to come for the “Nobody.” 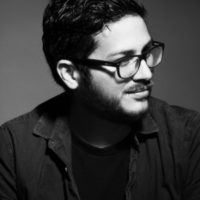 Fernando Rodriguez aka Nobody is an image maker from Durango, Mexico. Currently, based in New York City, Fernando’s work finds inspiration through his own life, the human brain and its behavior. His imaginative use of color, perspective and sources of light has propelled him onto the international and digital stage. Rodriguez has created editorials that exude passion, attitude, and creativity through every pixel. His photos have been featured in international magazines, such as HARPER’S BAZAAR, GRAZIA, SCHON!, VANIDADES L’OFFICIEL among many others.  “The nobodies: nobody’s children, owners of nothing.” Eduardo Galeano