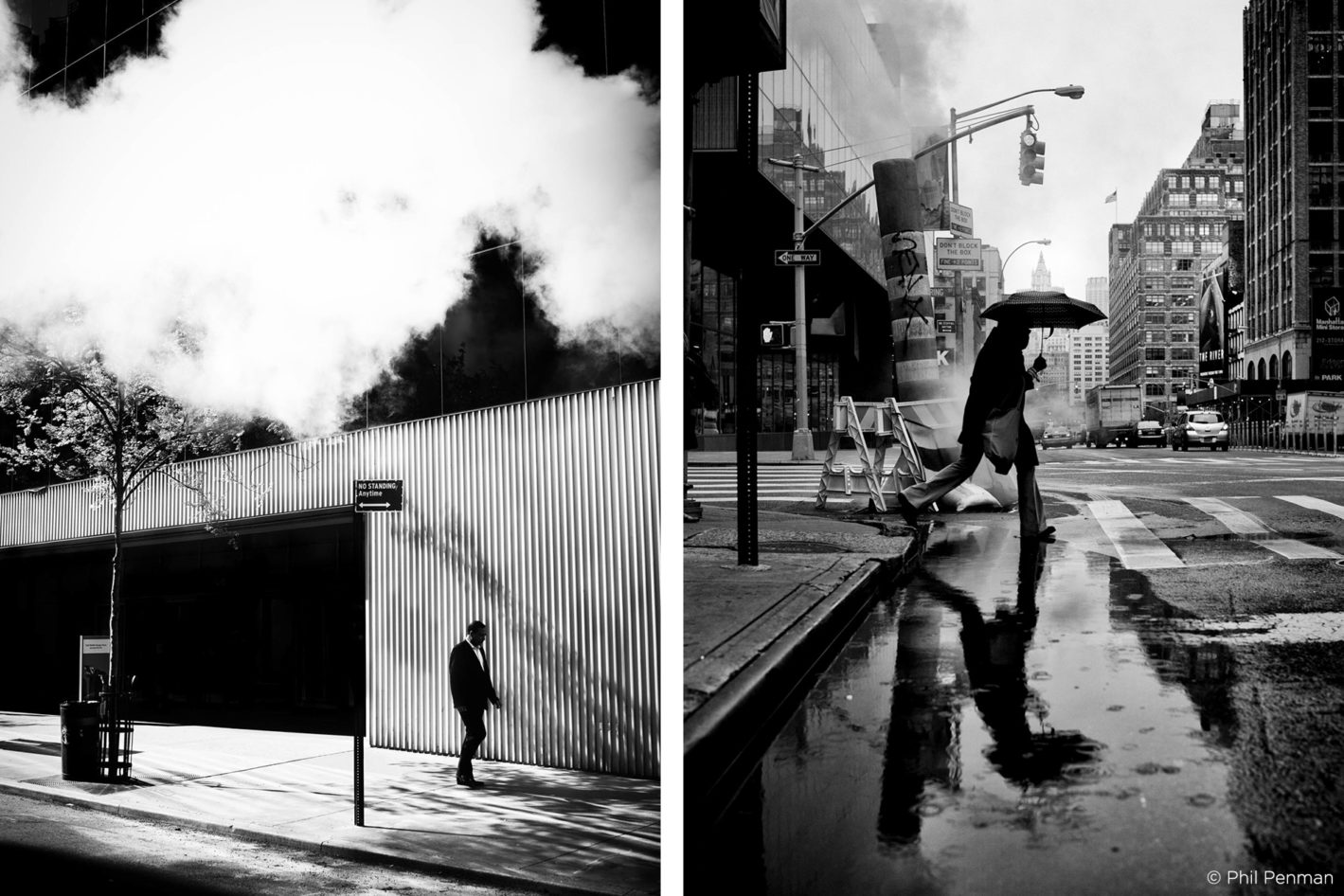 Black and white street portraiture is a personal project I’ve been working on for over 10 years, but my journey there has not been a linear one.

My background in photography is largely news-based, as my father was a news photographer. Born in the UK, I moved to New York in 2000 after a brief spell in Los Angeles working for a celebrity news agency. The company relocated me to New York with a colleague to set up the New York bureau – at the time, this meant a tiny apartment on 9th Avenue in Hell’s Kitchen. 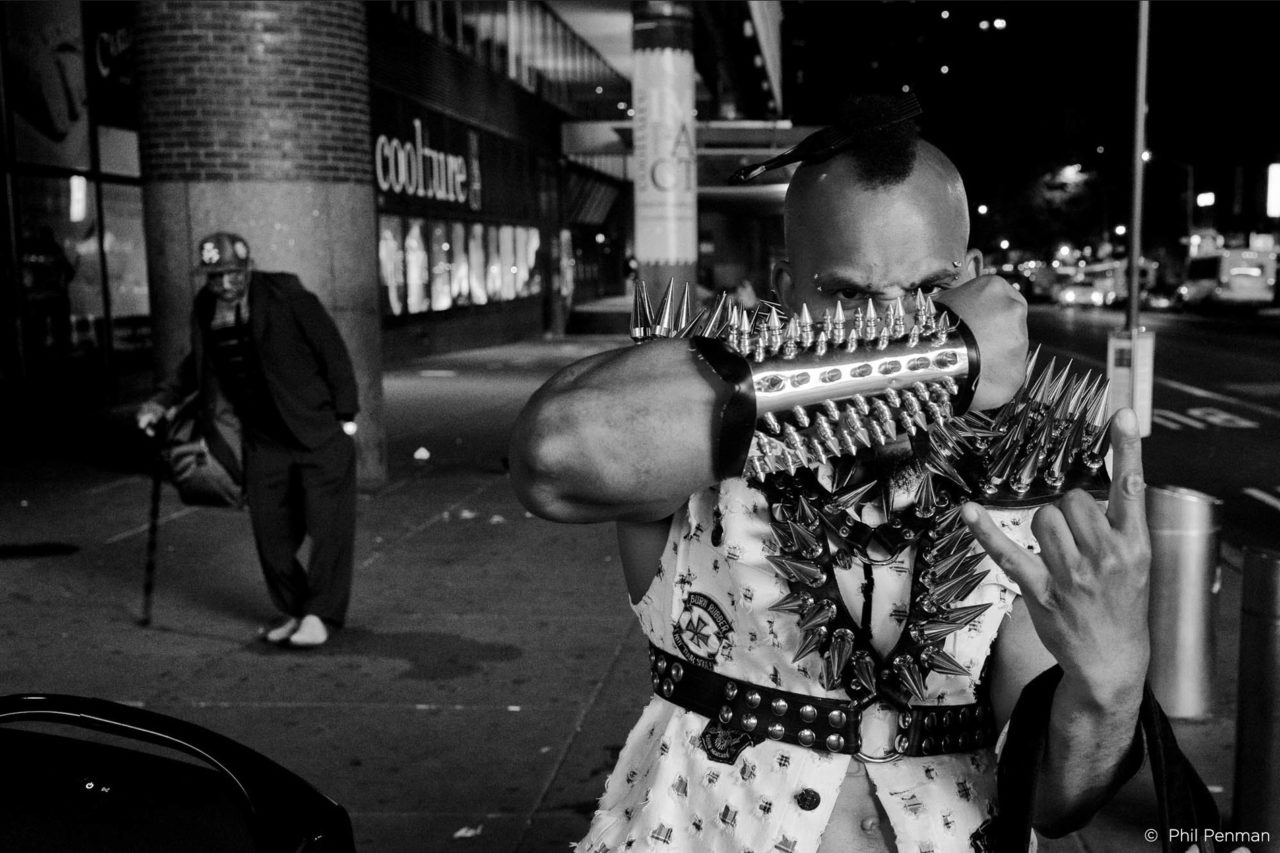 Each week, we flew around the world on assignments that included tracking down convicted killers in the heart of Brazil, to shooting the latest celebrity on Caribbean beach. This was a golden age of celebrity photography, where magazines would pay anything for a shot. But after 5 years, I decided to go freelance. I wanted more control over my life and what I wanted to shoot, and I found myself uninspired by celebrity photography – which felt more like working as a private detective than a photographer.

How the streets of New York became my playground

I bought a Leica M7 from a friend and quickly became hooked. The camera set up was a nice break from the Canon 600mm lenses I was used to shooting with. It allowed me to mentally separate my work from my personal vision and the things that inspired me to become a photographer in the first place.

With that camera in hand, the streets of New York became my playground. Now that I was no longer hunting celebrities at Starbucks, I found myself looking for people that interested me and a return to my old habit of shooting predominately black and white. 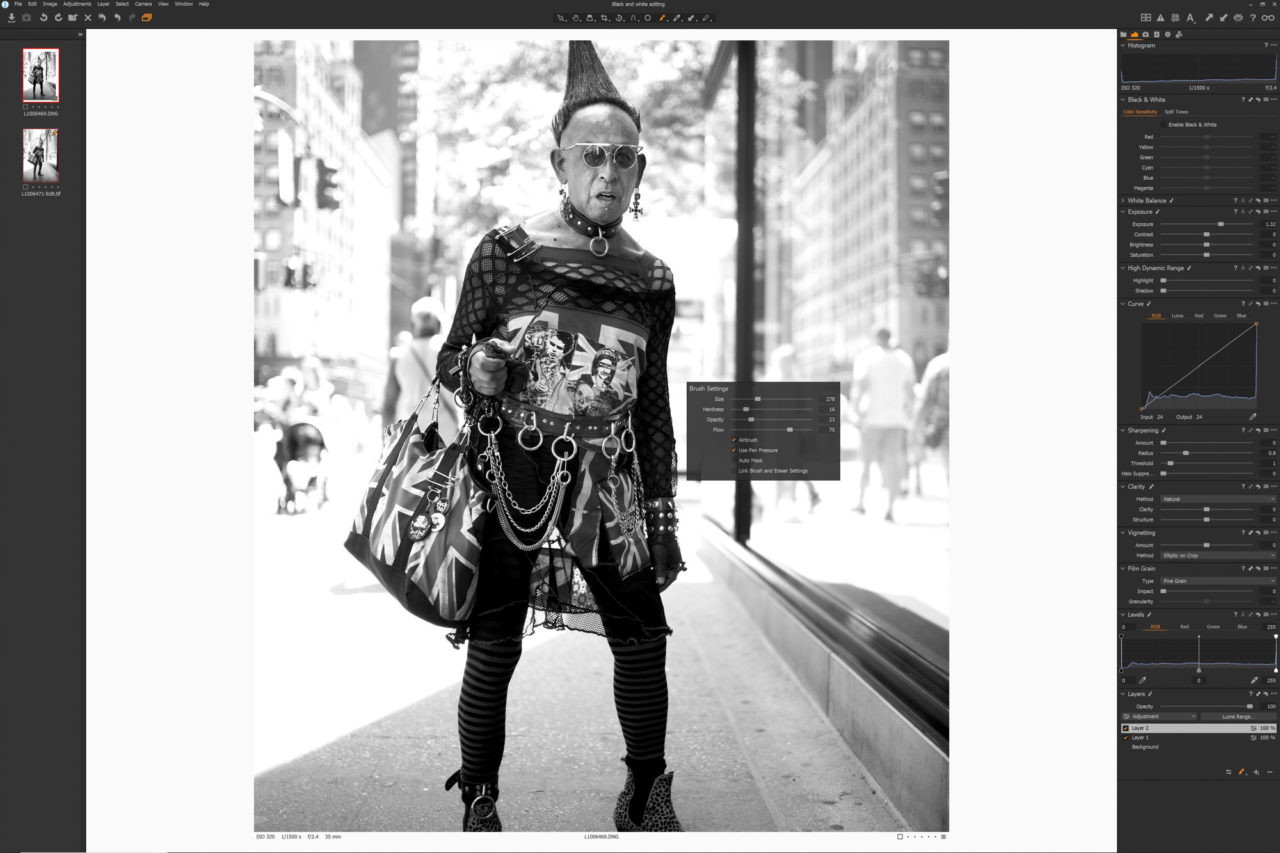 The motivation to shoot became so intense that I would get up at 4am and run out the door. If I knew a snowstorm was on the way, I would prepare my gear the night before. If I woke up at 2am and it was snowing, I would grab a coffee and walk around the streets of the city. They’re is something so magical about walking around in blizzard conditions in the city that never sleeps. 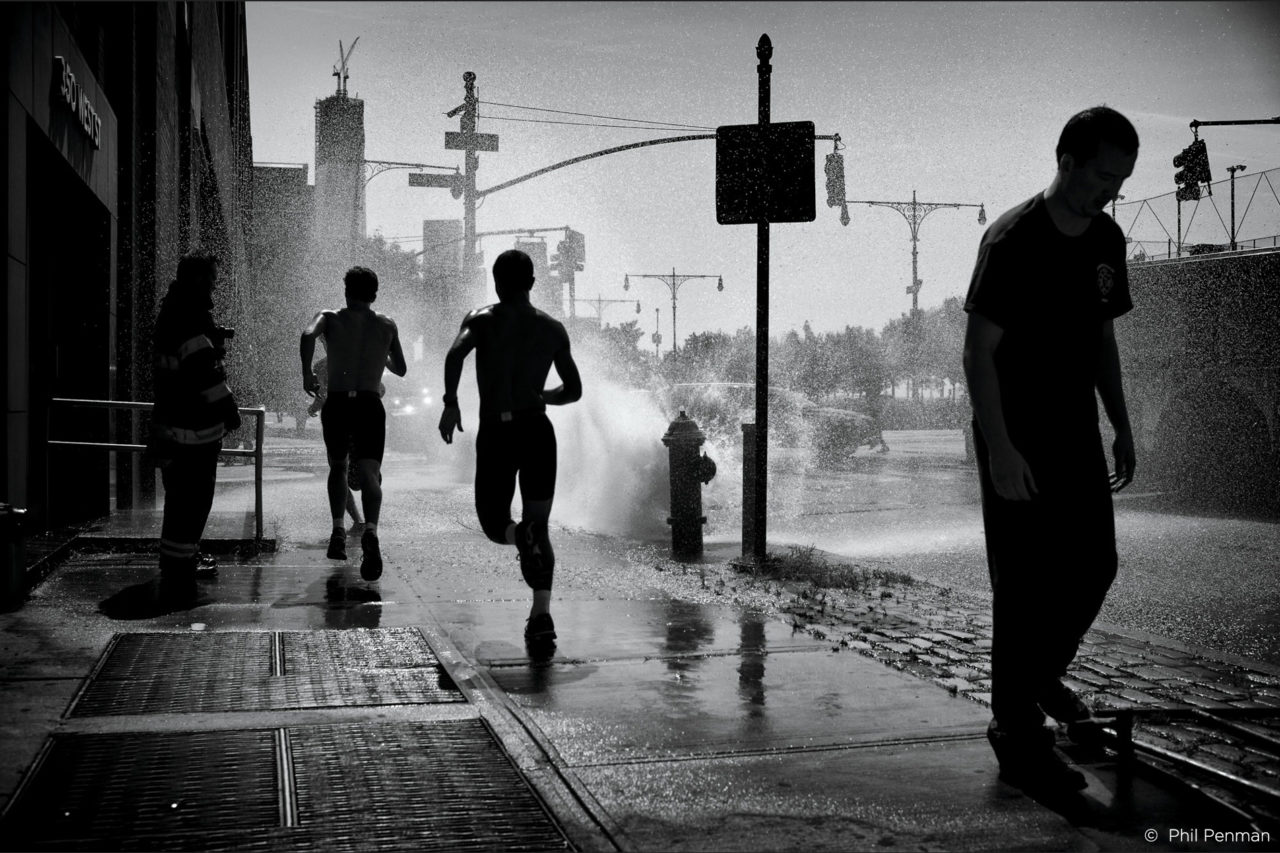 Most of the time the people I approach are shocked that I want to do a portrait of them. Some say no.  This is something I have to get used to – the fear of rejection.  However, in my experience people turn out to be mostly flattered or intrigued as to why you would want their portrait. And the most interesting conversations I’ve had with people have been while out documenting the streets.

All photographers need to edit their images

From my experience, I’ve found a lot of misconceptions exist out there that professional photographers just go out and shoot award winning images every day. This is not the case – professionals also crop and edit their images. I would love to say that I nail composition, lighting, subject matter, full frame every time, but I often need help from photo editing software.

I’ve gone through many kinds of image editing software  – Photoshop, Aperture, and then Lightroom. I found that I was not getting good black and white images through Lightroom, so I would export the images to black and white plugin Silver Efex. 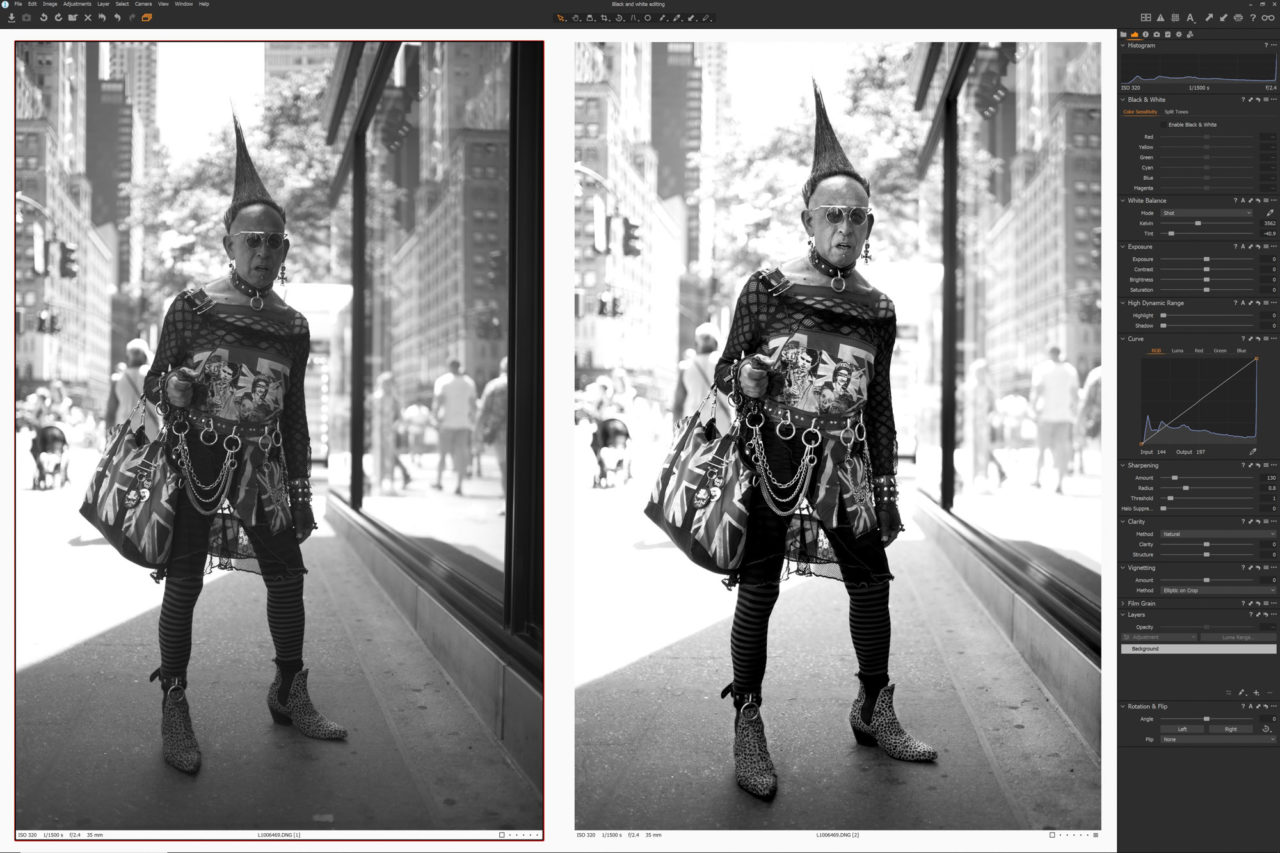 The process was very long-winded. I would have to export to Silver Efex, then back into Lightroom to do the dodging, burning and any spot removal. Asset management was messy – my library was doubling up. I had the TIFF file from Silver EFX and then I would export the final as a TIFF as well.

When teaching a Leica Akademie class in New York recently, an attendee showed me Capture One and I decided to download the trial version. I’m still in the early stages but I am amazed by just how much more creative control I have over my photos. 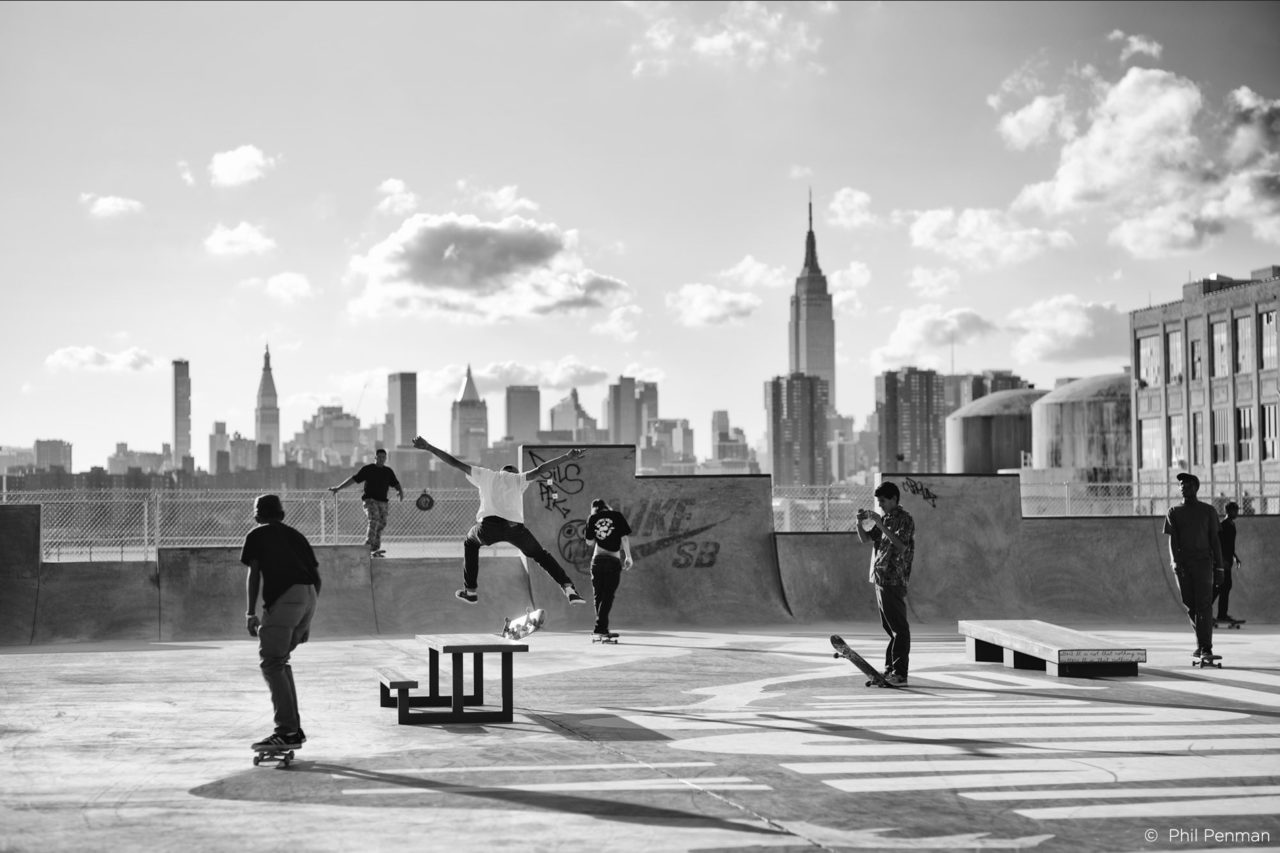 I compared the two software by taking one of my old images created in Lightroom and Silver EFX and reproducing it in Capture One Pro – I was amazed to see that I could not only recreate the same look, but even go further.

“Capture One is Lightroom on Steroids”

Before shooting a street scene, I find it useful to visualize how I want the end result to look on a print. This becomes my vision for the final edit and end result. The next step is to maintain the integrity of the scene, especially when it’s a street photograph. When photo editing, I try to maintain the same techniques I used when I was in the darkroom. Dodging and burning, darkening the corners and playing with contrast. It’s great that Capture One allows me to copy and paste the adjustments to the next image. Again, this saves me a lot of time and enables me to create variants of the same image. 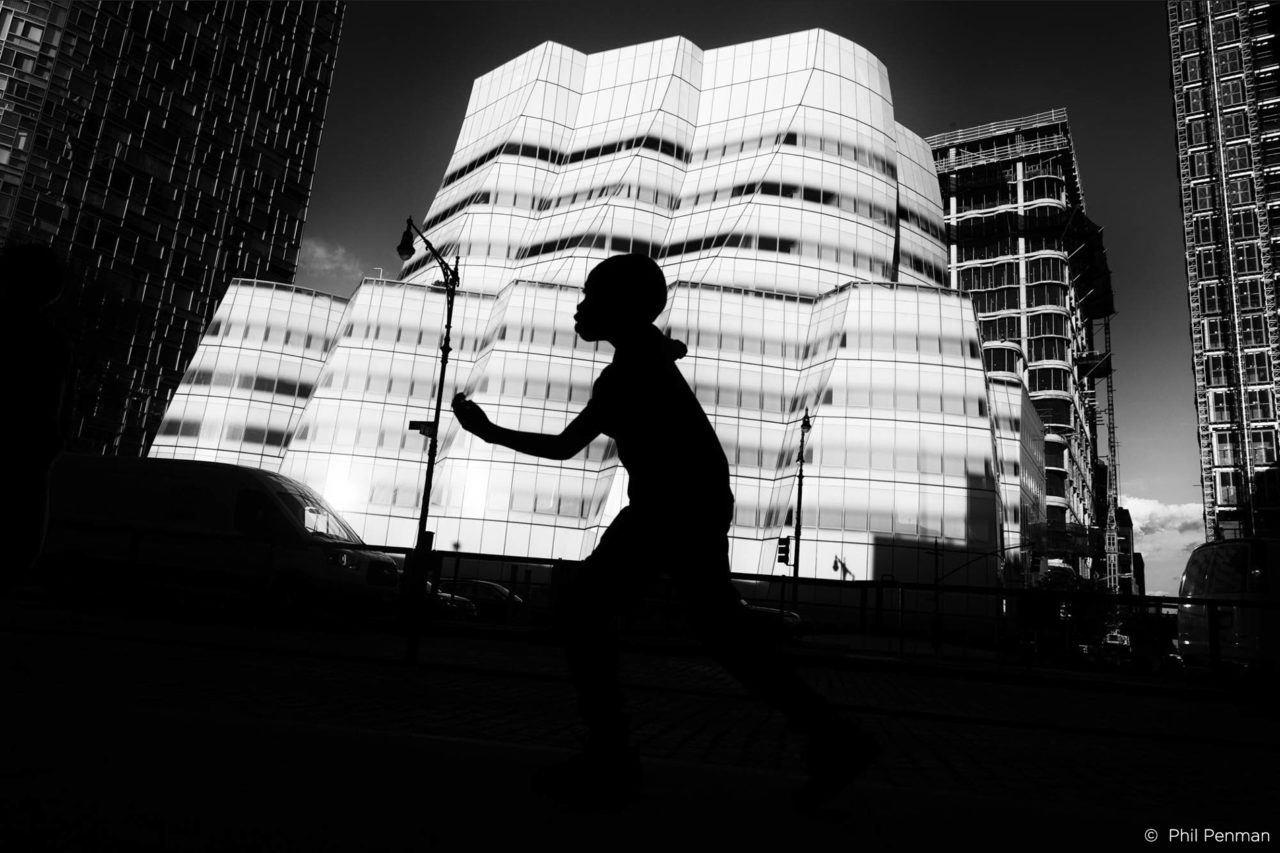 Capture One Pro can seem daunting when you first open the program, but I was able to quickly pick up the basics using the free Learning Hub online, and even create my own custom workspace with my preferred tools within a few hours. Every day I start up the software, I find out something new.

For example, If I want to create different looks and moods for the same image to be able to compare, I can easily do this in Capture One Pro without making more TIFF files.

I was also delighted to learn that I could keep my original workflow from Lightroom. In that program, I used to do all my editing and selecting in the Quick Access module using the B key to make selects. This served as a kind of mood board and images would often stay there for weeks at a time while I was editing them. 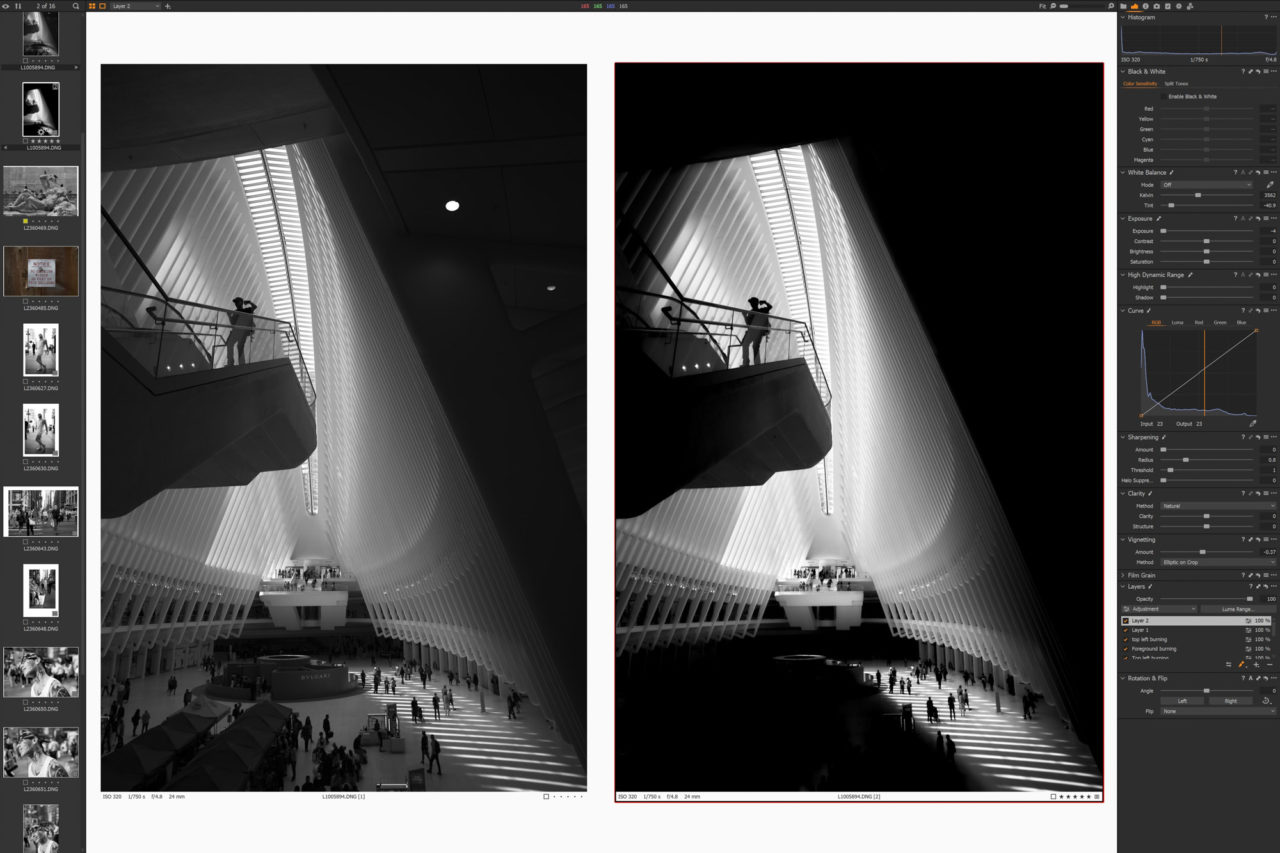 In Capture One, I could maintain this Quick Access folder and Keyboard Shortcuts, and therefore keep the same workflow I had before in Lightroom. I’m also able to maintain the same color-coding system and star ratings that I had used before.

Lightroom was good for using as a catalogue system but it just lacks a lot of tools. Capture One is Lightroom on steroids!  You have so many more tools to utilize and with Process Recipes, I can export my final images to multiple locations in one go.  For example, I could export one shoot consisting of high-resolution TIFF files and also a low-resolution folder for social media posts.

I’ve also created multiple workspaces in Capture One – one purely for editing black–and–white, and then another for client edits where more image manipulation is required to meet client needs. 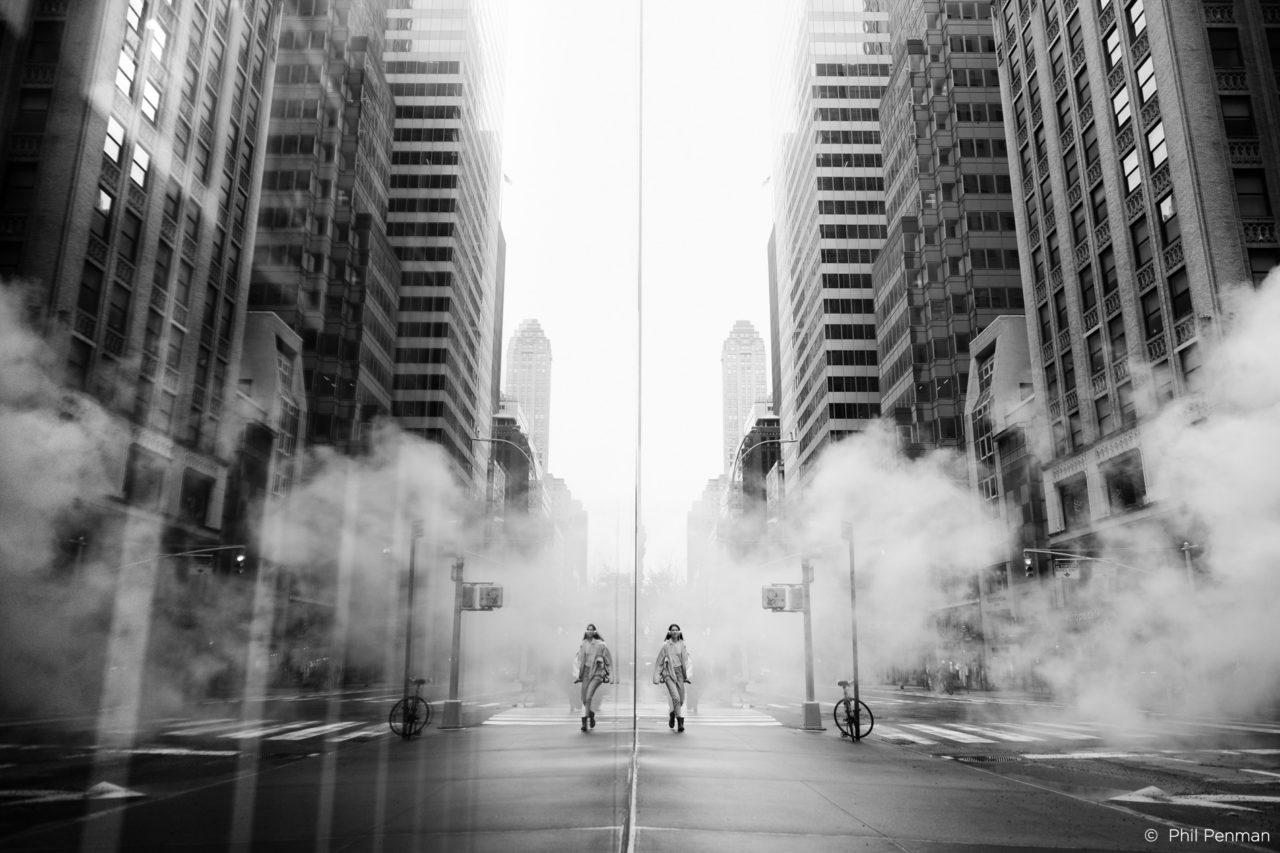 The old process of exporting to Silver EFX and then back into Lightroom has now been cut down in time and my hard drives are thankful for it thanks to Capture One. And I know that this is just the beginning of my learning curve as I can see the possibilities are endless.

If you don’t already have Capture One, you can download a day trial and try it out.

UK-born, NY-based photographer Phil Penman has documented the rapid flux of New York City's streets for over 25 years. With clients ranging from People Magazine to The Daily Telegraph, he has photographed celebrated living legends, including Jennifer Lopez and Bill Gates, and captured historical moments such as the September 11th Terrorist Attacks. Penman's distinctive style, versatility, and dedication to his craft has won him prestigious awards and exhibitions, including the Leica Fotografie international Picture Prize and distinction as one of the "52 Most Influential Street Photographers" alongside industry legends Henri Cartier-Bresson and Sebastião Salgado.

lovely pictures!
what gear are you now using?

Hi Roger. I primarily use a Leica Monochrom. SL or the medium format S camera. Glad you liked the work. Thank you